Recently I have heard about Singapore's Architecture, and it impressed me a lot. That's why I'm going to introduce you to it.

The major problem in Sigapore's Architecture is the space. With only 700km2 there are more than 5.6 million of inhabitants, which causes a population density of around 7,800 inhabitants / km2.

The 90% of population in Singapore resides in a dwelling that has been bought and the majority of them are adquire by the State. In fact the Singapur Government is the major housing developer in the country.

Another peculiarity is land ownership. Every land is in public ownership, and it is the sate that decides how much housing is going to be built each year, and how many landing is going to be taken out of the market and of what type.

Moreover, the country offers a 99-year concession, after which time it is returned to public ownership. This means that if you buy a house it could probably be yours until three generations later.

Another aspect of Singapore's Architecture is the awareness of sustanability

"Nothing that we have is natural o happened by itself"- said the first minister in Singapore , Lee Hsien Loong, whose politicy urbanistic its going to improve the life quality in the inhabitents , and at the moment is the fourth city more sustainable in the world.

It is declared as the city of design from the UNESCO, Singapore has as a goal to become for 2025 a city tecnologically innovative and a city admired for its design. City in a garden, this has motivated to its creators to imagine a futur where the vegetation is integrated in the buildings and not the opposite.

Other urbanistic plans are like the studio of architecture WOHA in partnership with the University Brac. The plan consists in recovering a polluted wasteland to create an innovative and sustainable tropical campus that responds to the warm, humid and monsoon climate of the region. The campus has a public park, university facilities, as well as a 13-story building, green walls and a giant photovoltaic roof. 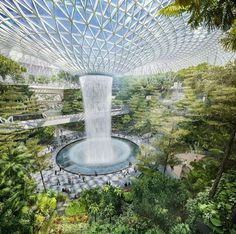 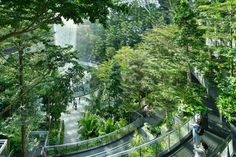 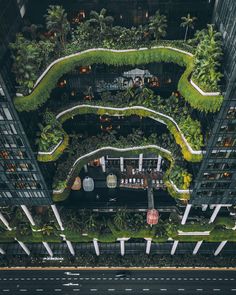